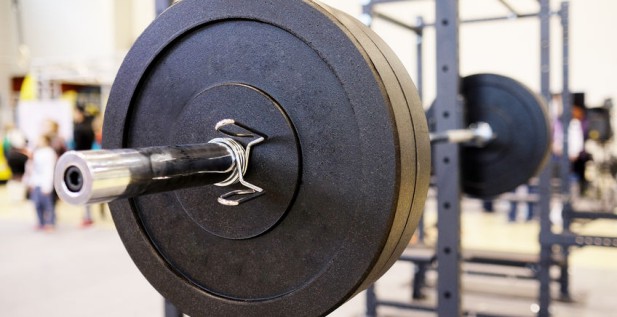 The 5×5 workout is one of the most popular programs out there for anyone who wants to build muscle and get strong.

It’s very simple to follow, requires little in the way of equipment, and works well for a lot of people.

If you’re currently on a 5×5 program, and you’re happy with your progress, you can stop reading now. Just carry on doing what you’re doing. None of what follows will interest you in the slightest.

However, some folks are suffering from what I call 5×5 burnout. Some of the signs include:

1. Your joints are playing up, and you frequently have to stop training for several weeks at a time due to injuries or nagging pain in your knees, elbows, shoulders or back.

2. You keep reading about how everyone is adding weight to their lifts on a regular basis, while your progress has ground to a halt. You feel discouraged because you can’t seem to add weight to your lifts every workout, or even every week.

3. You’re not building muscle as fast as you’d like, and your physique doesn’t seem to have improved much at all.

4. You’re bored doing the same exercises all the time, your motivation to train has almost gone, and you’re questioning if 5×5 is the right program for you.

If you are suffering from 5×5 burnout, but you don’t want to ditch the program completely, here are three simple changes you can make that will ease the pain in your joints, speed up muscle growth, as well as provide a much-needed motivational shot in the arm.

1. Vary Your Weights and Reps

There are lots of good things to be said about sets of five.

It’s a weight that’s heavy enough to send the “make me bigger” signal to your muscles, but isn’t so heavy that you need to do endless sets to get enough volume in.

Training with heavy weights and low reps is also a highly effective way to get strong.

However, if gaining strength is secondary to your goal of building muscle, you’ll often do just as well with higher reps and lighter weights. The amount of muscle gained will be much the same, but with the added benefit that your training sessions will be shorter.

There was an interesting study published by scientists from Japan’s University of Tokyo, where they tested three different set and rep configurations during a 10-week bench press training program – 7 sets of 4 reps, 4 sets of 8 reps, and 3 sets of 12 reps [1].

While the group lifting the heavy weights saw the biggest gains in strength, MRI scans of the pecs show no significant difference in the amount of muscle growth between the three groups.

Subjects doing 3 sets of 12 reps built the same amount of muscle as subjects doing 7 sets of 4 reps. That’s despite the fact that the 3 set group spent a lot less time in the gym.

What’s more, varying the number of reps you do has also been shown to speed up your rate of muscle growth [2].

That is, switching between low (2-4), medium (8-12) and high (20-30) reps will make your muscles grow more quickly than sticking to the same rep range all the time.

Precisely why this is the case, nobody can say for sure.

Some think that training across a spectrum of loading zones leads to maximal development of all the fiber types in a particular muscle [3].

In other words, training with lighter weights and higher reps promotes greater gains in the type I, slow-twitch muscle fibers. Heavy weights and lower reps, on the other hand, leads to faster growth in the fast-twitch, type II muscle fibers.

Others take the view that training with higher reps and lighter weights leads to a greater degree of sarcoplasmic hypertrophy * than heavy weights and lower reps [4].

* The sarcoplasm is the fluid part of the muscle fiber. It’s filled with stuff – such as water, glycogen, and myoglobin – that doesn’t contribute directly to the production of muscle force.

Whether it’s one, the other, or a bit of both, I think you’re better off training with a variety of loads, from heavy to medium to light.

Over time, heavy compound lifts can lead to joint pain. Your joints are often the limiting factor when it comes to the type of training your body can handle.

Any benefits of lifting heavy have to be weighed against the potential negative effect it can have on connective tissue.

Some people starting 5×5 see great results in the beginning, but always seem to end up with nagging pains and aches, which hold them back from adding weight to their lifts.

But you don’t like the idea that you’re wrecking your joints and causing long-term damage. The last thing you want is to be hobbling around for days after a workout, constantly bothered by your knees, elbows, shoulders or back, which can exhaust your motivation to train.

With lighter weights and higher reps, your joints take less of a pounding, which means less potential for injury.

2. Put More Exercises on the Menu

Most 5×5 workouts involve a handful of compound exercises, such as the squat, deadlift, bench press and so on.

These exercises do work large numbers of muscles, making them a very efficient use of your training time.

However, there are a few downsides to consider.

For one, doing the same exercises all the time can get boring. Five sets of squats… in every workout… week in and week out… for months on end… it gets tedious.

If you’re someone who likes a bit of variety, throwing some different exercises into the mix can make your workouts less of a drag, making it more likely that you’ll stick to the program in the long run.

What’s more, maximizing the development of a muscle requires the use of several exercises, rather than just one.

This ensures that all available fibers in a given muscle get a piece of the action, leading to more complete development of a muscle group.

Now, maybe you don’t give a damn about maximizing the development of each muscle group. If so, the squat, deadlift, bench press, overhead press and chin-up by themselves will do a decent job of making you big and strong.

But for everyone else, you’re going to need a lot more than just a handful of compound lifts.

According to popular legend, Milo of Croton began carrying a young calf on his shoulders each day. The story goes that he would pick the calf up on a daily basis and walk around a large stadium. As the animal grew, Milo also grew stronger. Eventually, he was able to carry a fully-grown bull.

And so the progressive overload principle was born. It refers to the idea that you need to constantly increase the demands you impose on your muscles in order to make them bigger and stronger.

The term overload can be misleading. To a lot of people, the term “overload” means adding weight. But progressive overload is about more than simply increasing the weight. Rather, it’s about increasing the amount of work your muscles do over time.

The term “load” refers to your overall training load, which can be increased by doing more sets, either in a single workout or over the course of your training week, or by increasing the number of reps you do with a given weight.

Adding weight to the bar isn’t the only way, or even the best way, to go about it.

What’s more, once you’ve moved past the beginner stages of training, progress doesn’t occur in a straight, unbroken line.

For instance, you might be able to squat 100 pounds for a maximum of five reps. Add 10 pounds in weight to the bar each month, and you’ll be squatting with 220 pounds just one year from now.

Continue the process for the next five years and the weight you’re using will have risen to 700 pounds.

You’ve probably realized already that this kind of continuous progress just doesn’t happen – no matter how hard you train, how many supplements you use, or how many motivational quotes you’ve been looking at on Instagram.

Adding weight to the bar every workout (or even every week) just isn’t a realistic goal for everyone. The fact you’re not able to do so doesn’t necessarily mean that you’re doing something wrong.

Your age, the length of time you’ve been training, and how you’re put together (some people are built in such a way that they progress on some lifts faster than others) are just a few of the things that affect your ability to gain strength.

Over the years, I’ve seen plenty of guys who can lift a lot of weight, but they’re not particularly muscular. Getting very strong in the various compound lifts doesn’t automatically translate into bigger muscles as is often claimed.